Life behind the Scenes 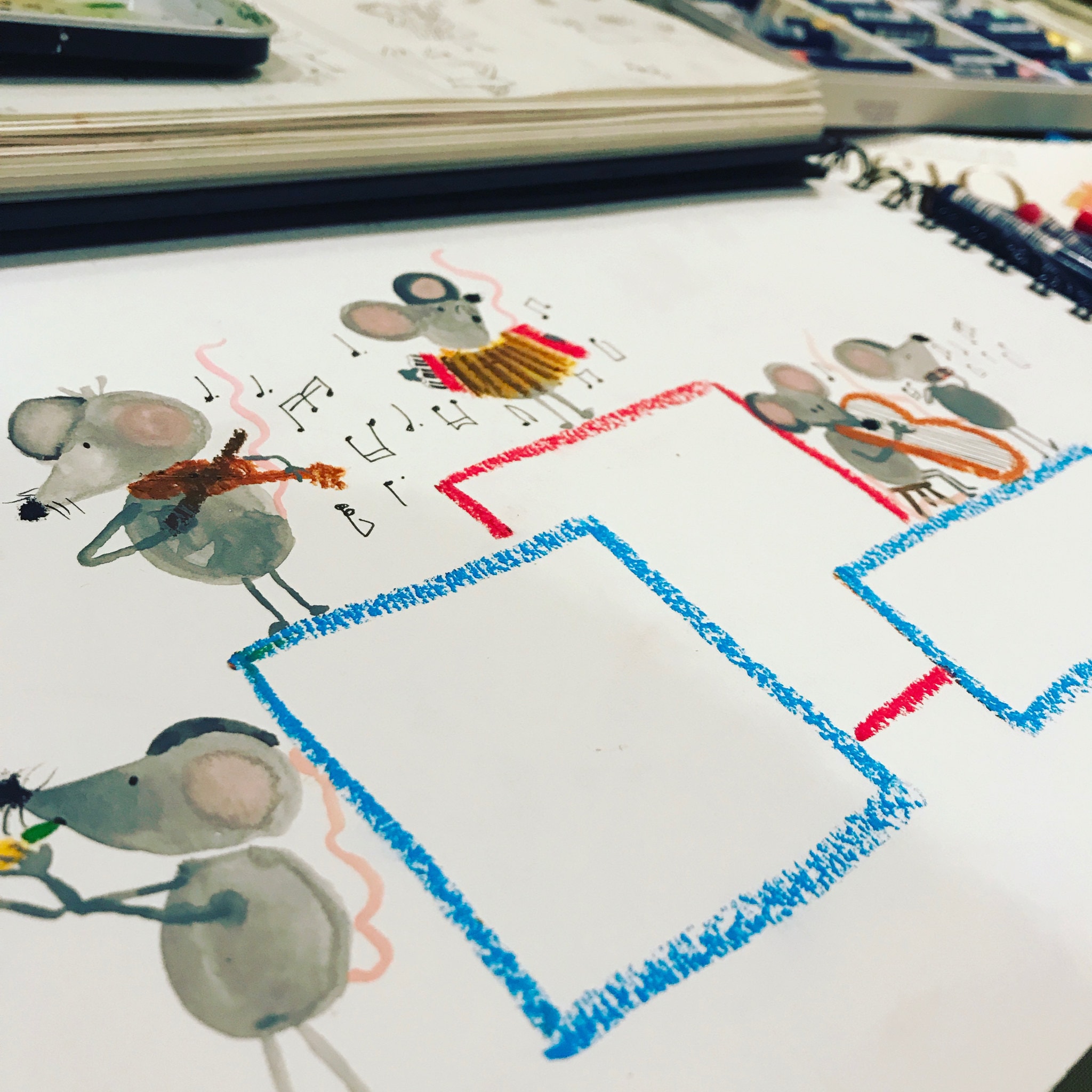 My first group of 'Mice Girls' 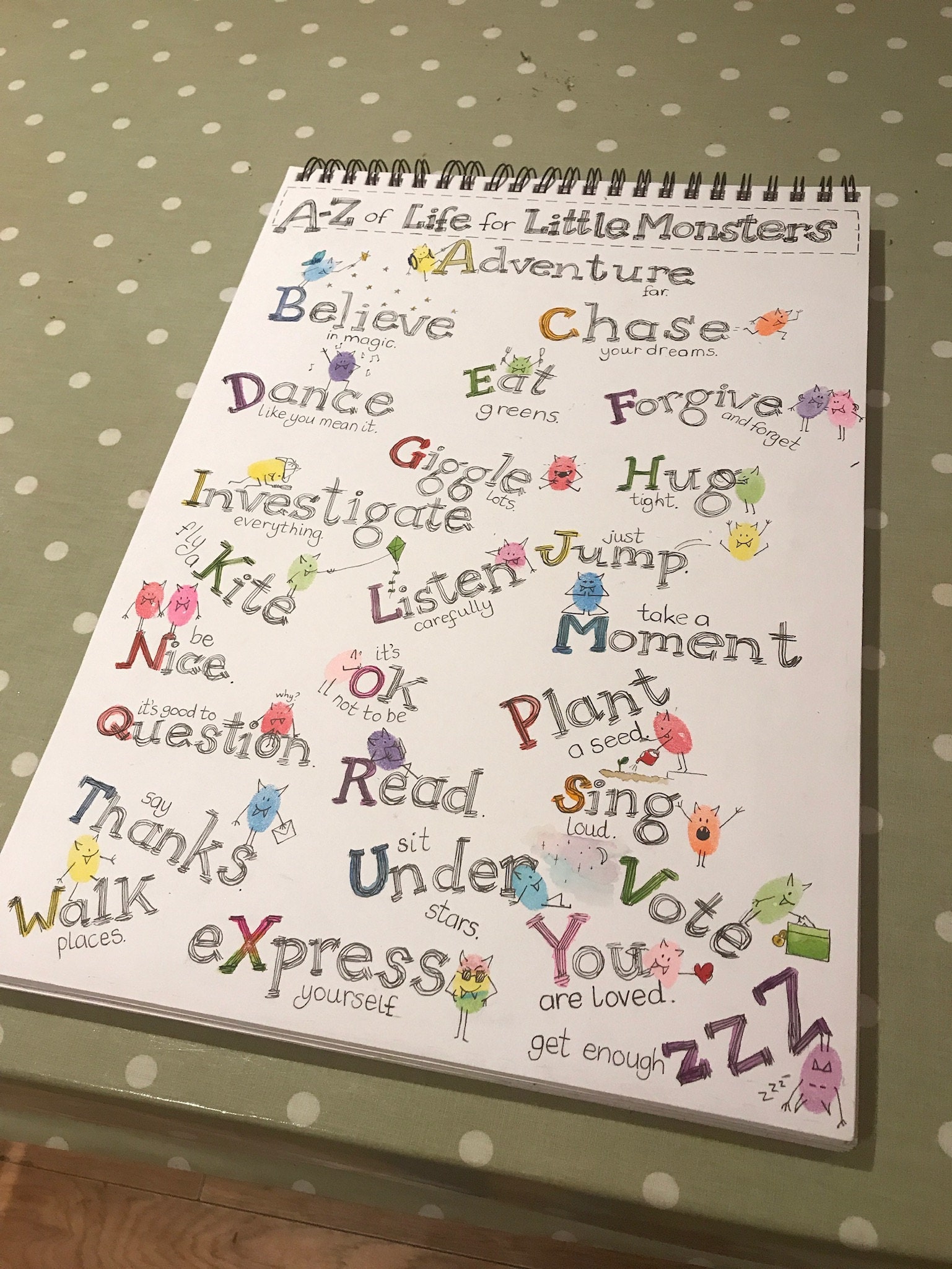 This was the first draft of the A-Z of Life for Little Monsters. It is so amazing looks back and seeing the progress from here... 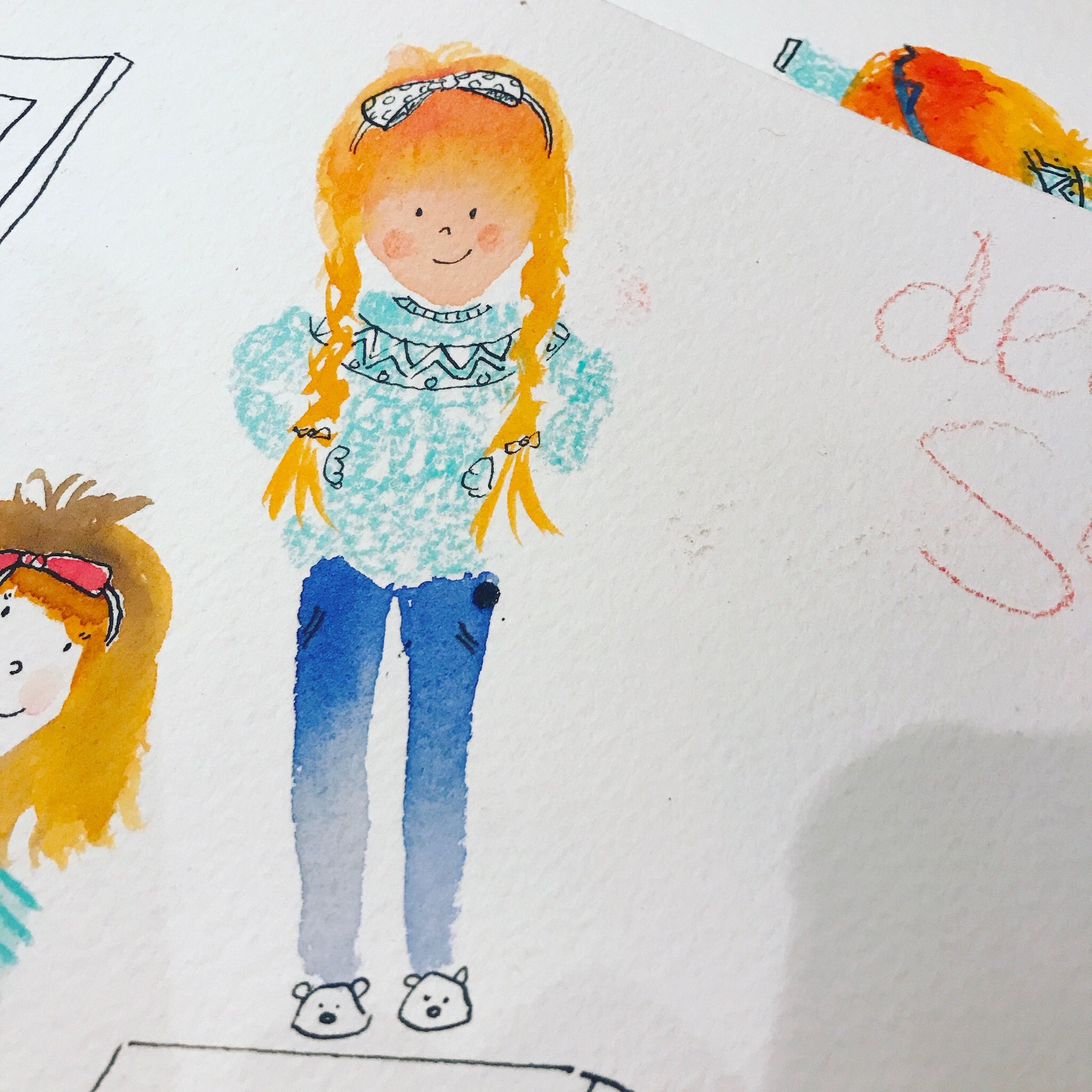 Character development for my book 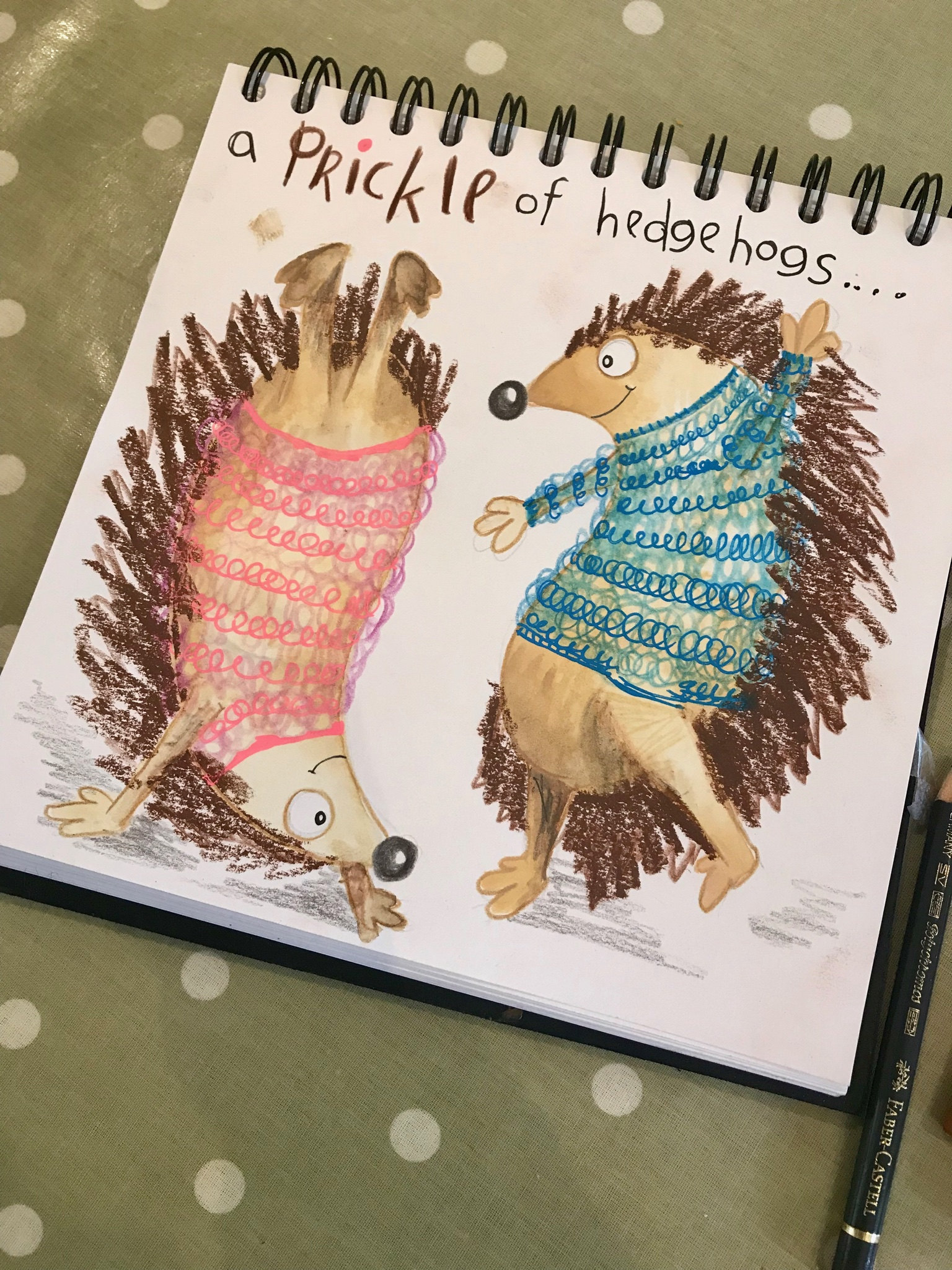 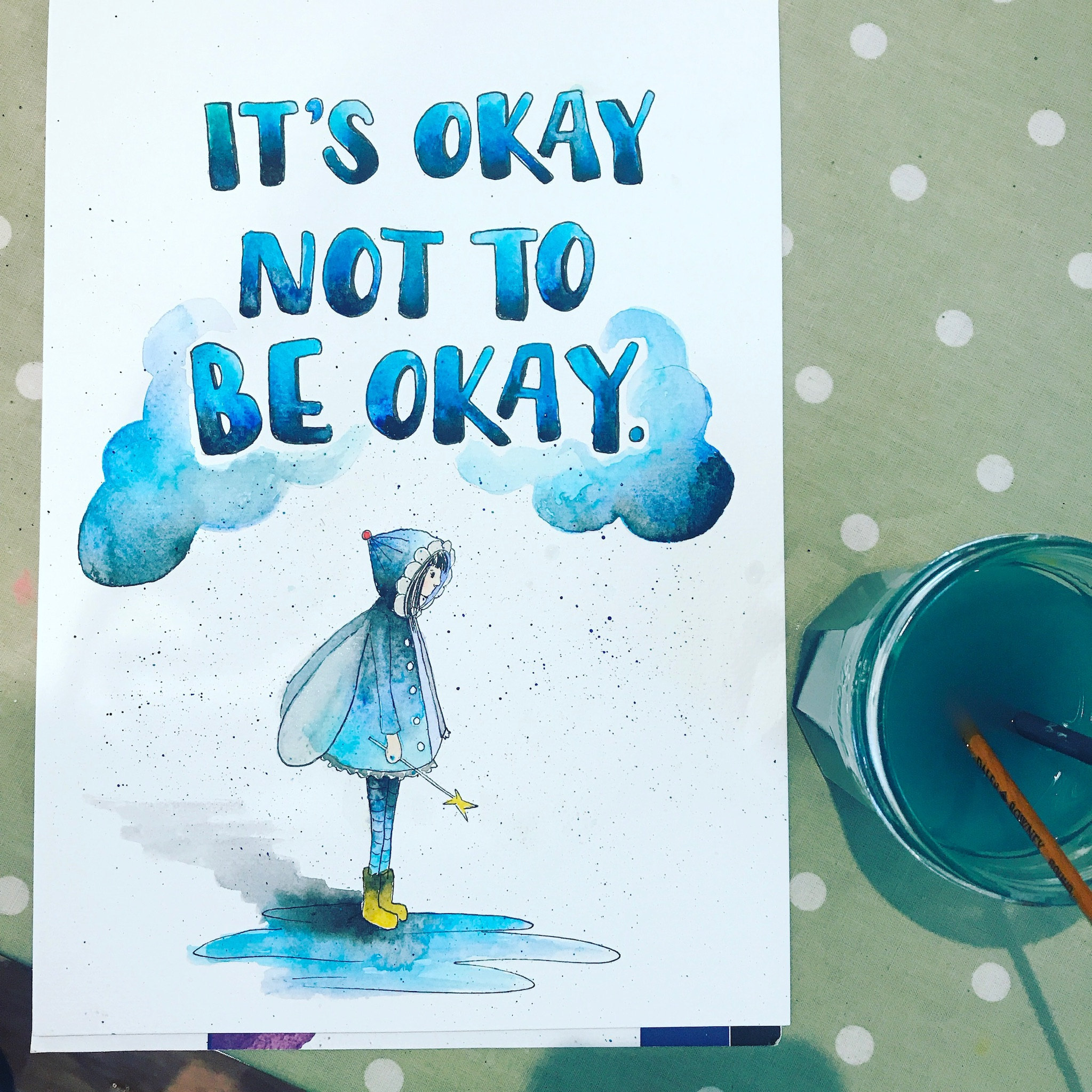 This was just a doodle - I still have it and I don't really know what to do with it... 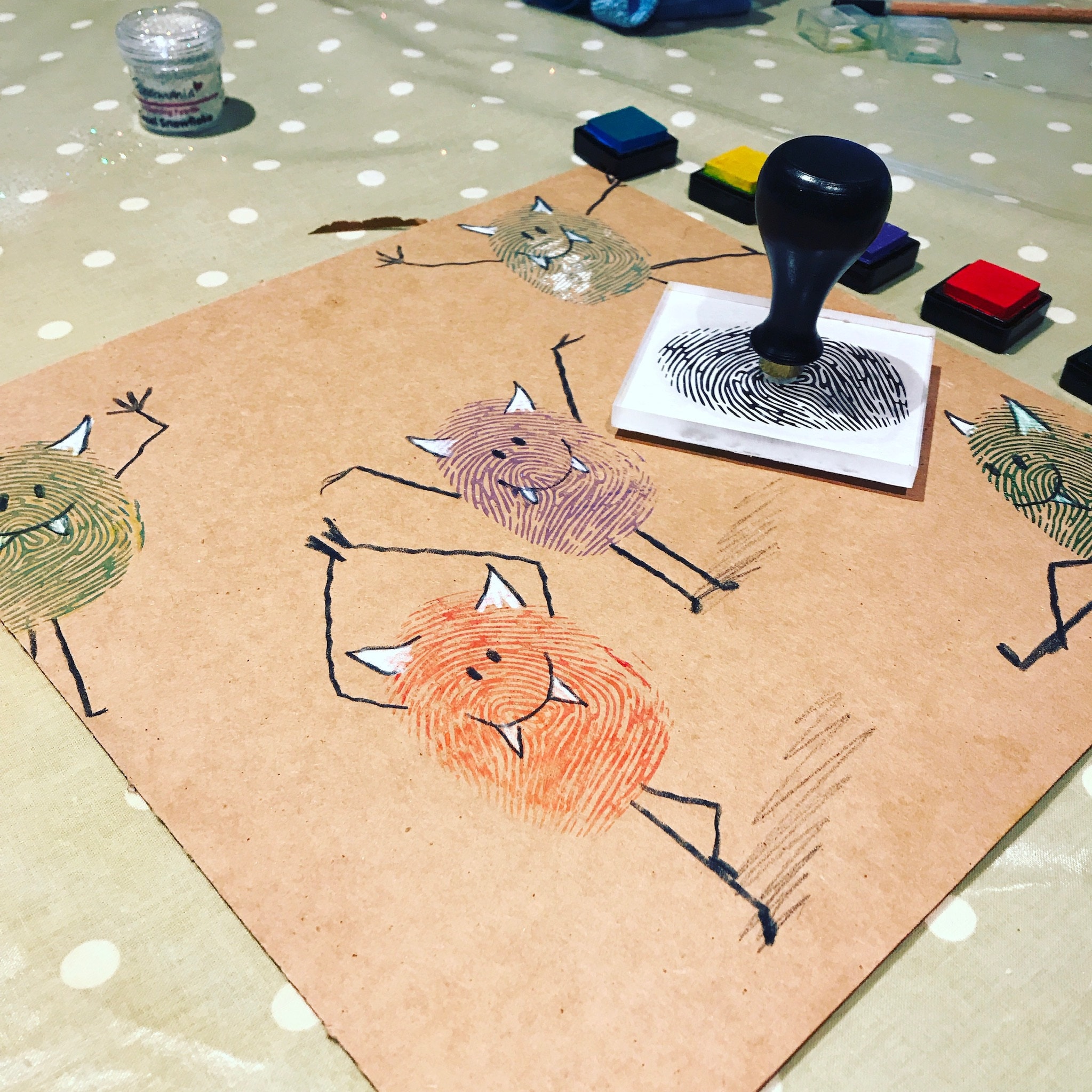 After playing around with Monster Finger Prints I decided to order a large finger print stamp so my monsters could be a bit bigger - which helped digitally. 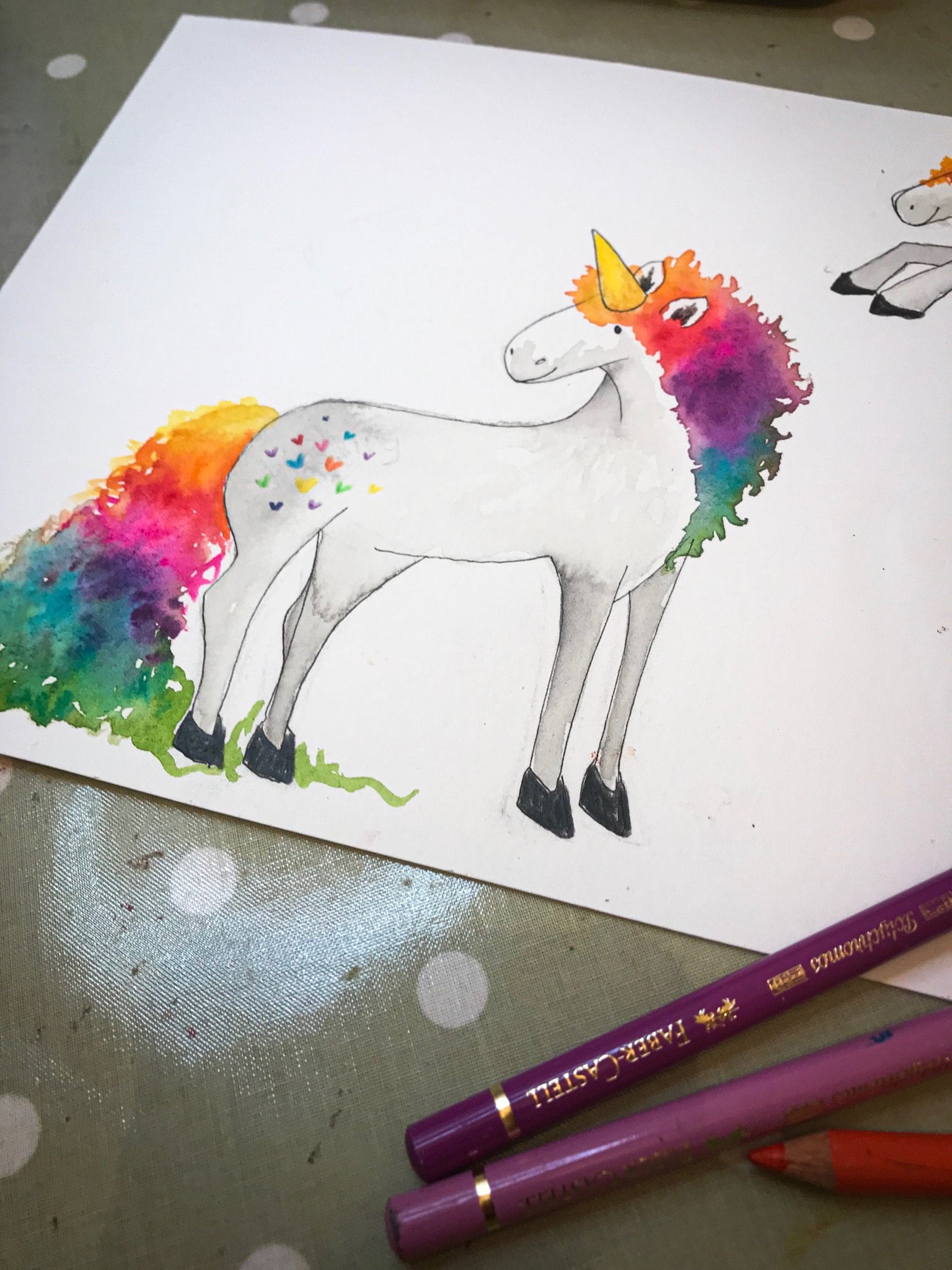 I resisted drawing unicorns for a while - but then I gave up. 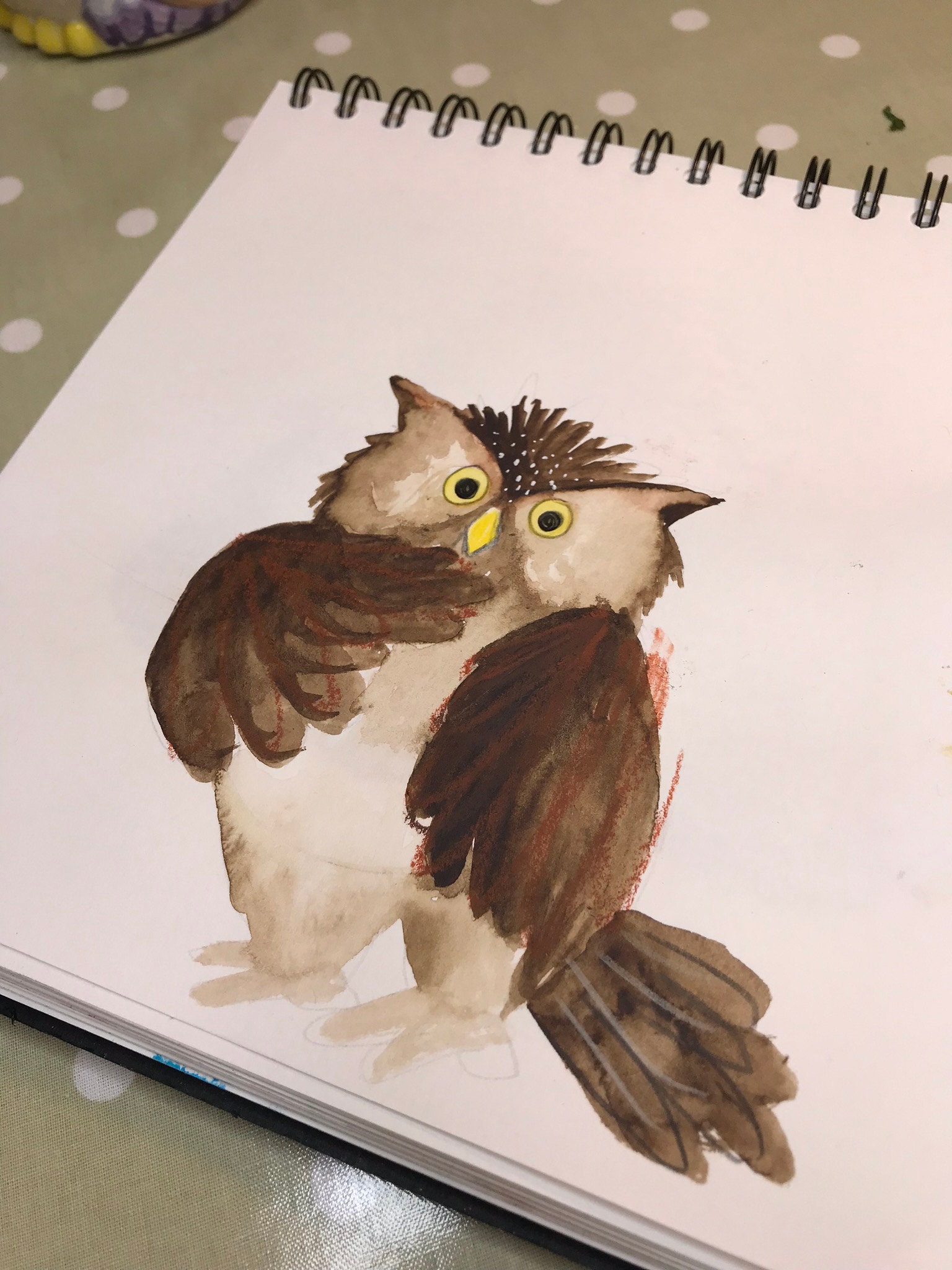 This was the first owl added to 'A Parliament of Owls'. I think he may end up on a few other things! 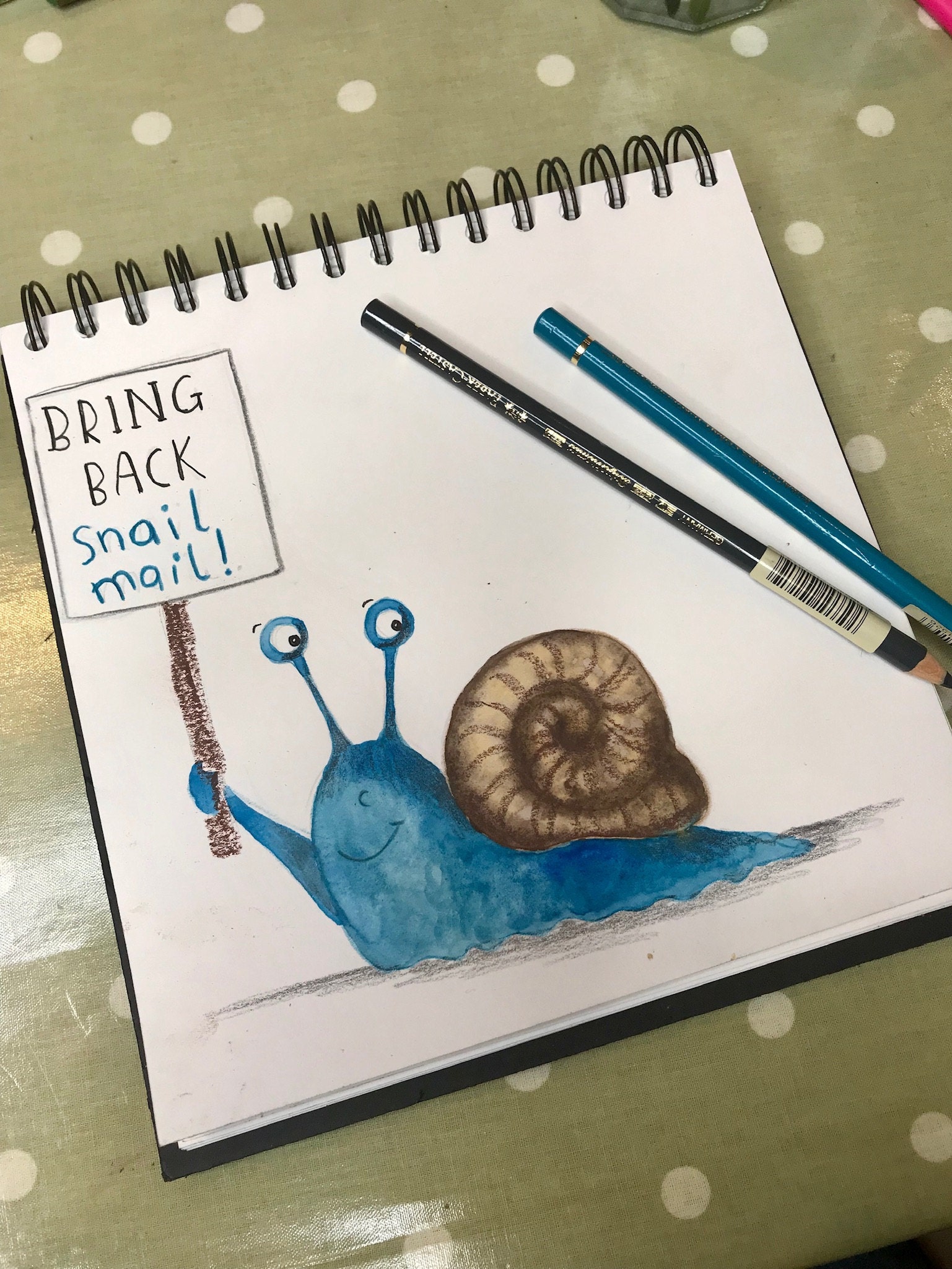 I love sending letters and cards so wanted to create an ambassador for this. Mr. Snail was the obvious choice... 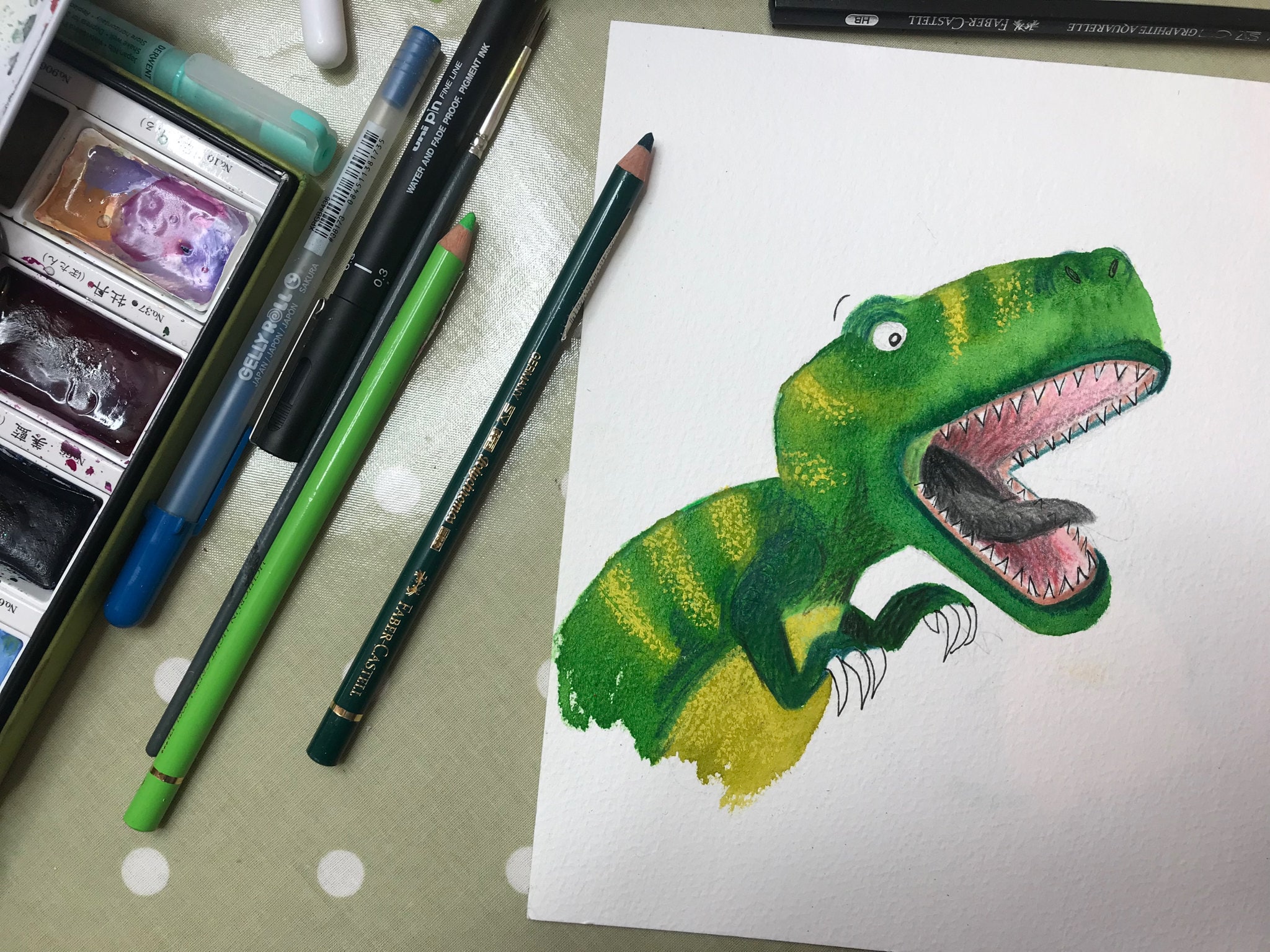 Dino roar - speak (shouts!) for itself. 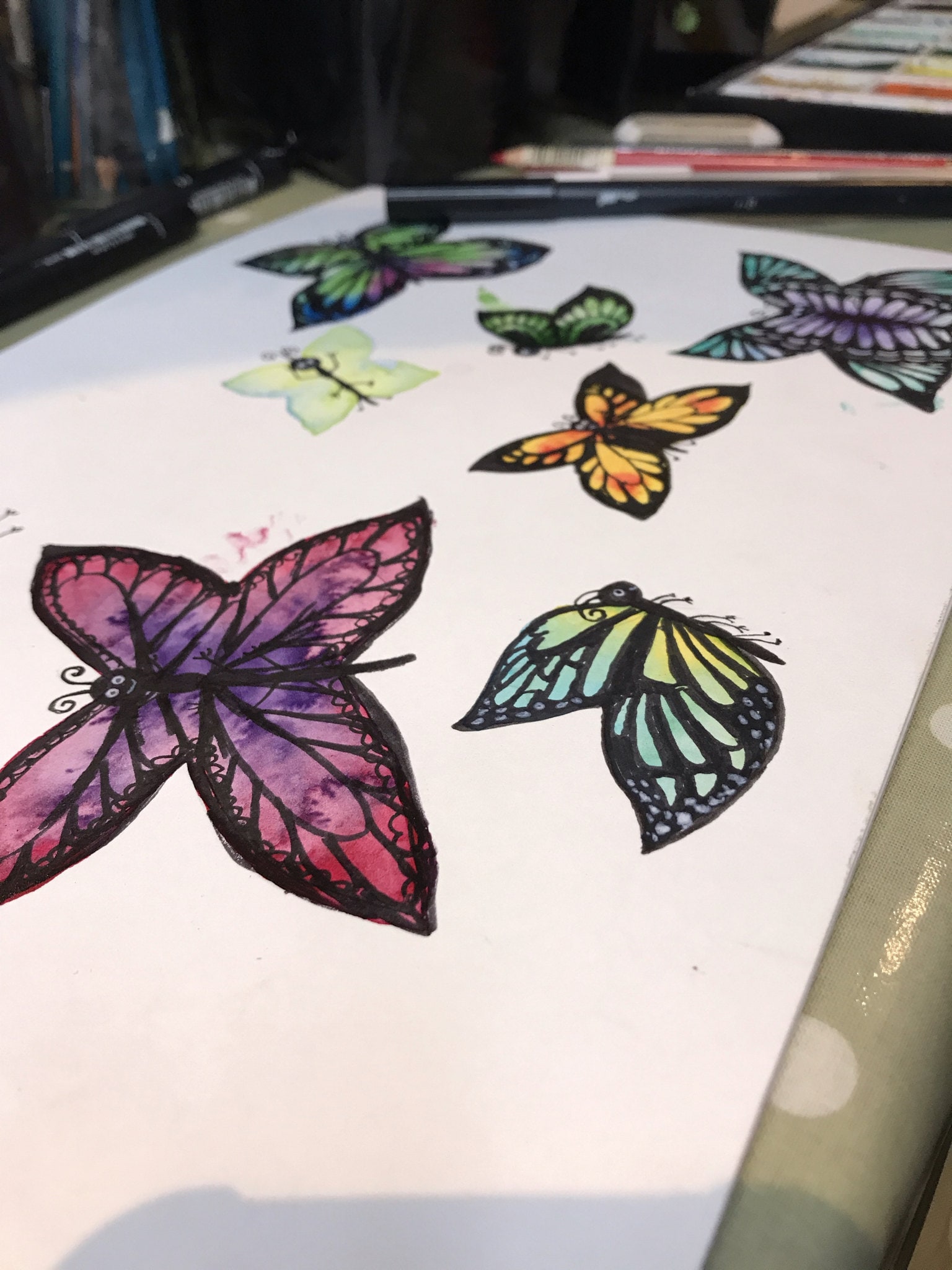 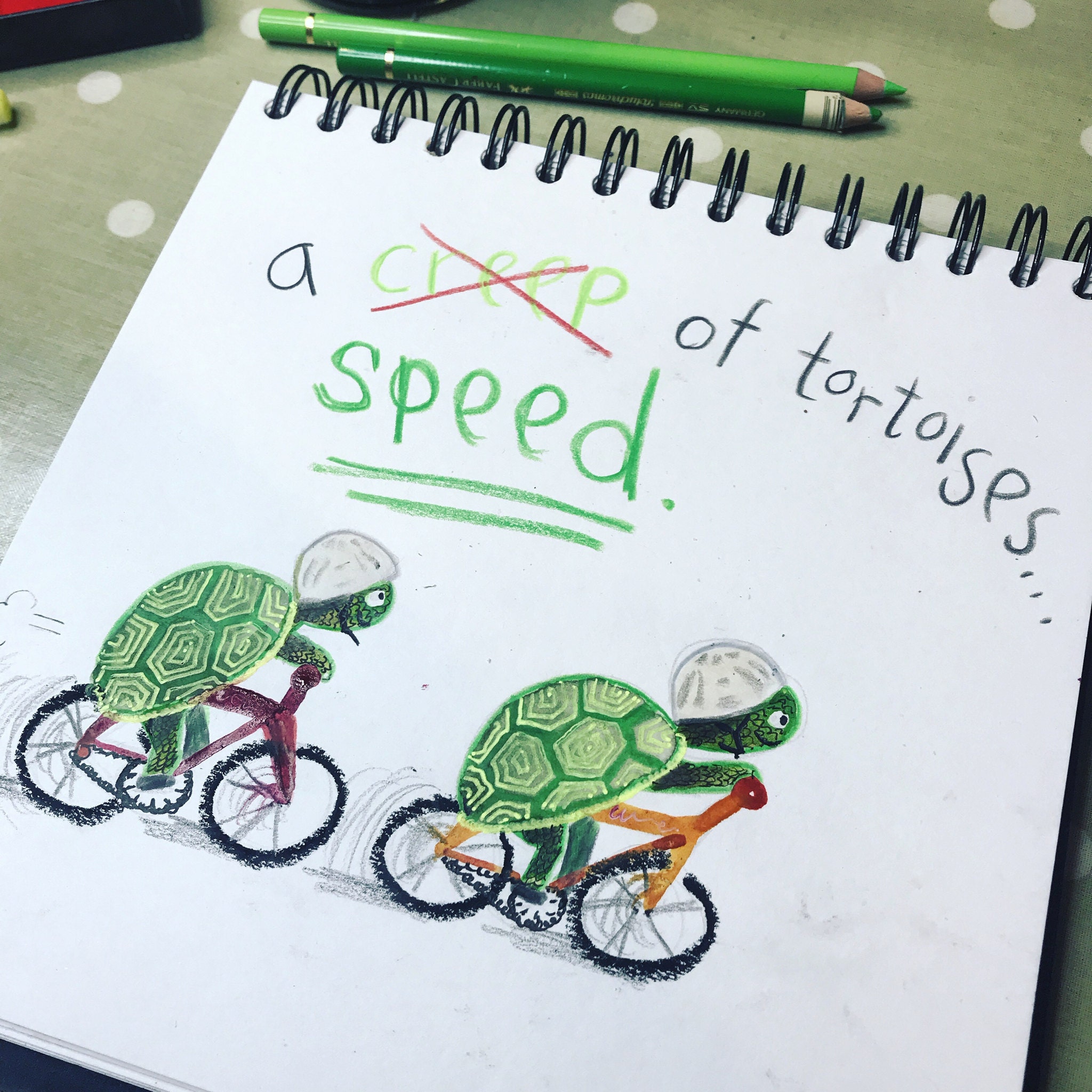 I love these guys. I originally looked up the Collective Noun for Tortoises which was 'a creep'. I felt that was too restrictive for them so put them on bikes! 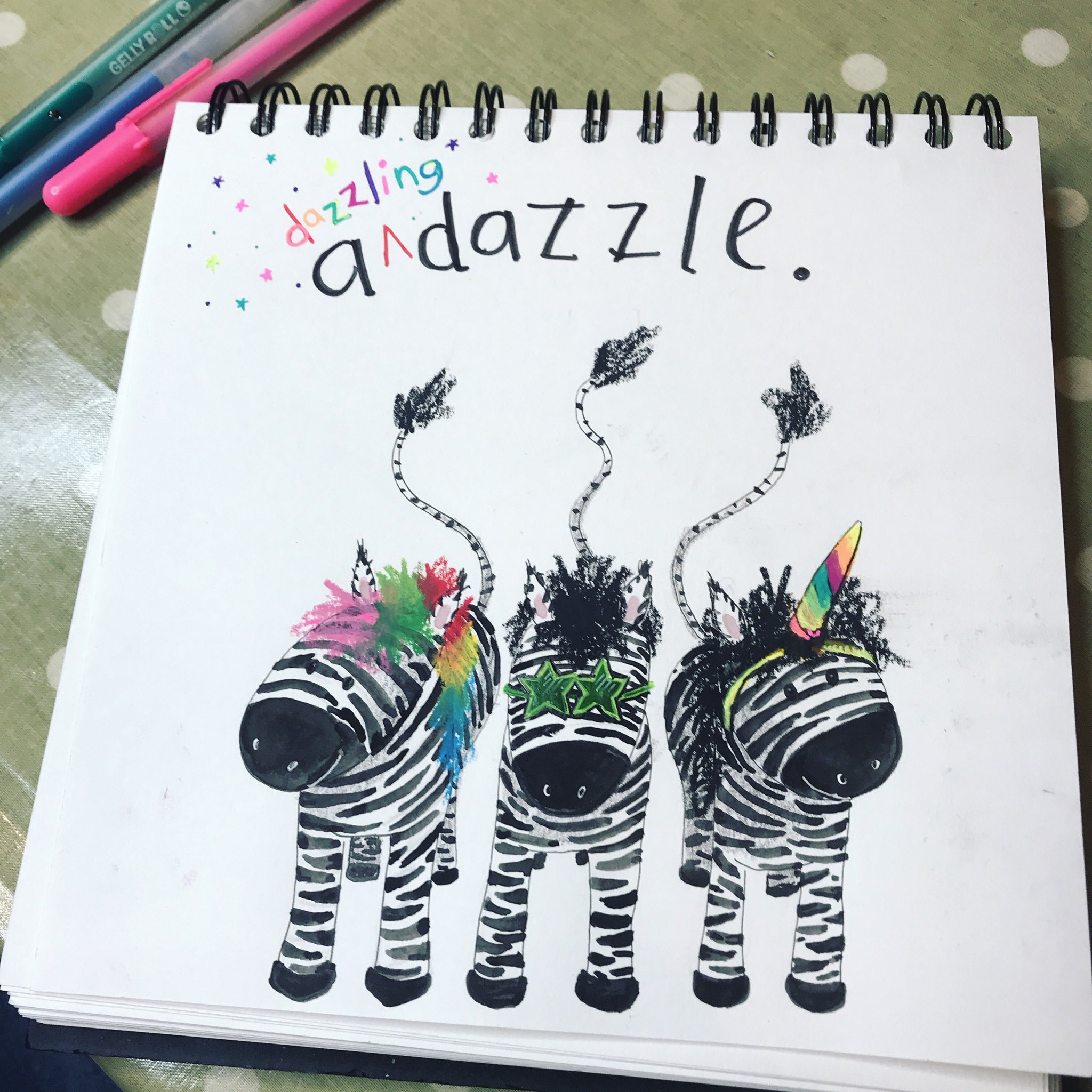 This was the first Collective Noun I drew, since then the collection has grown and I now have around 15. 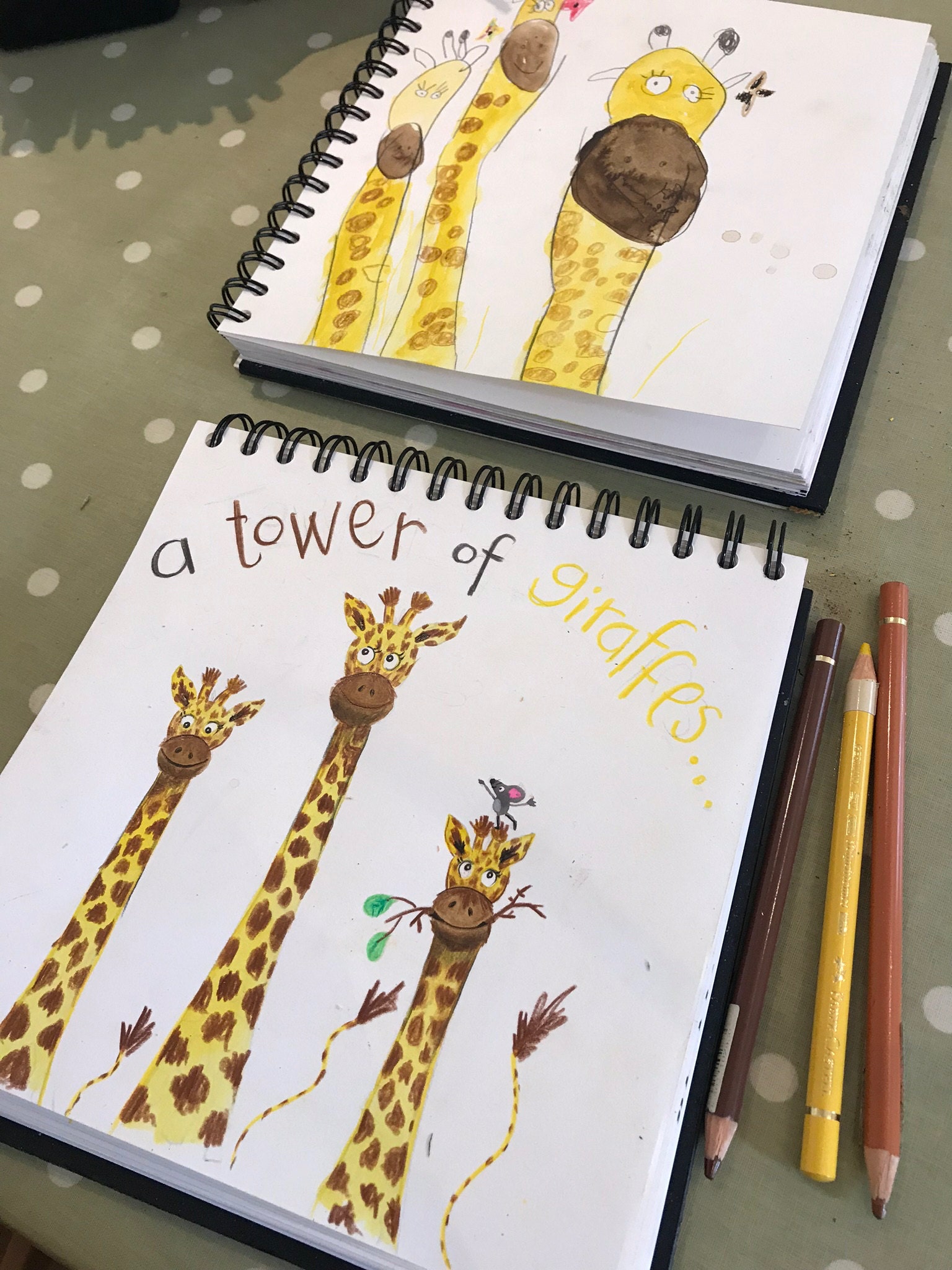 I often work alongside my Mini Me, who also loves to draw! 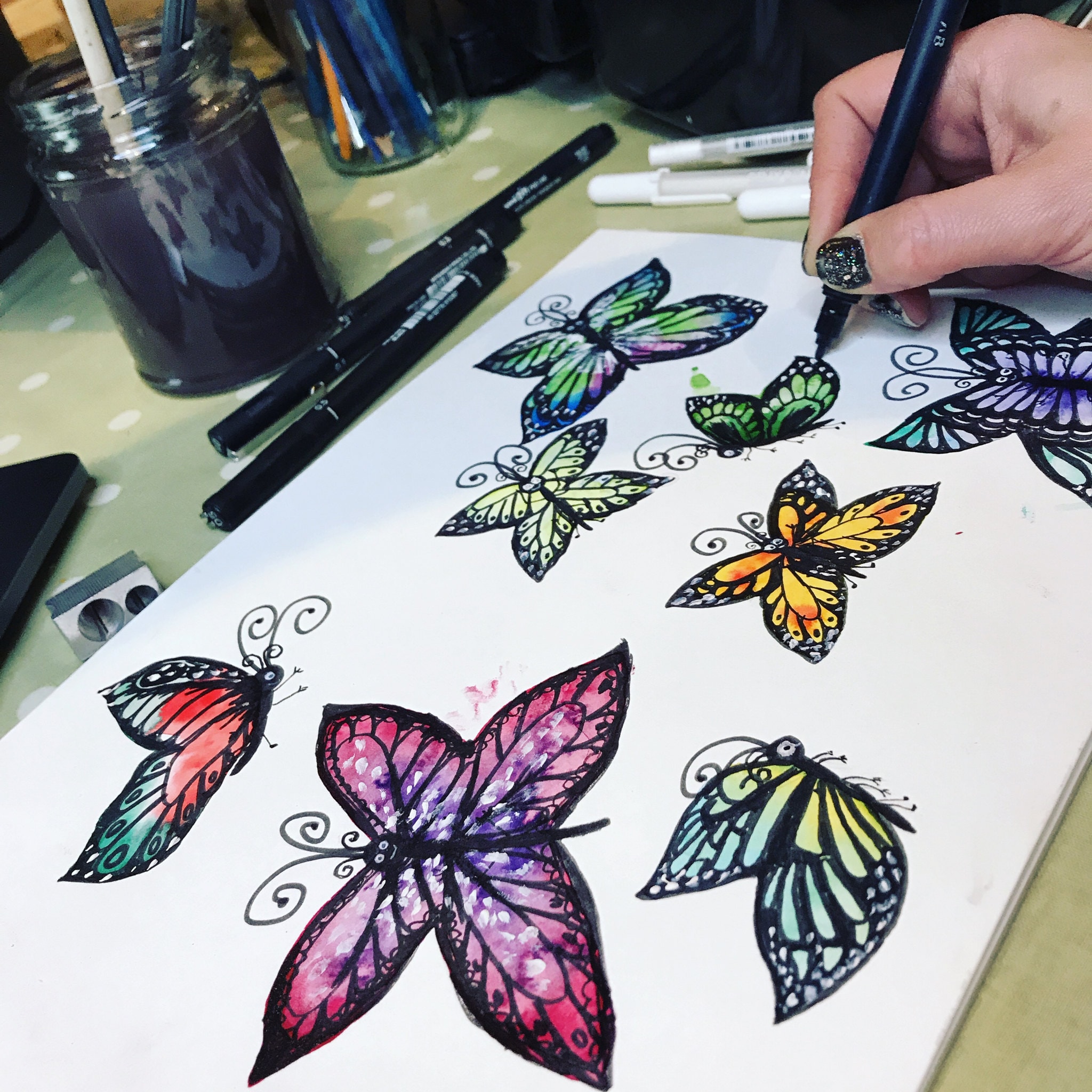 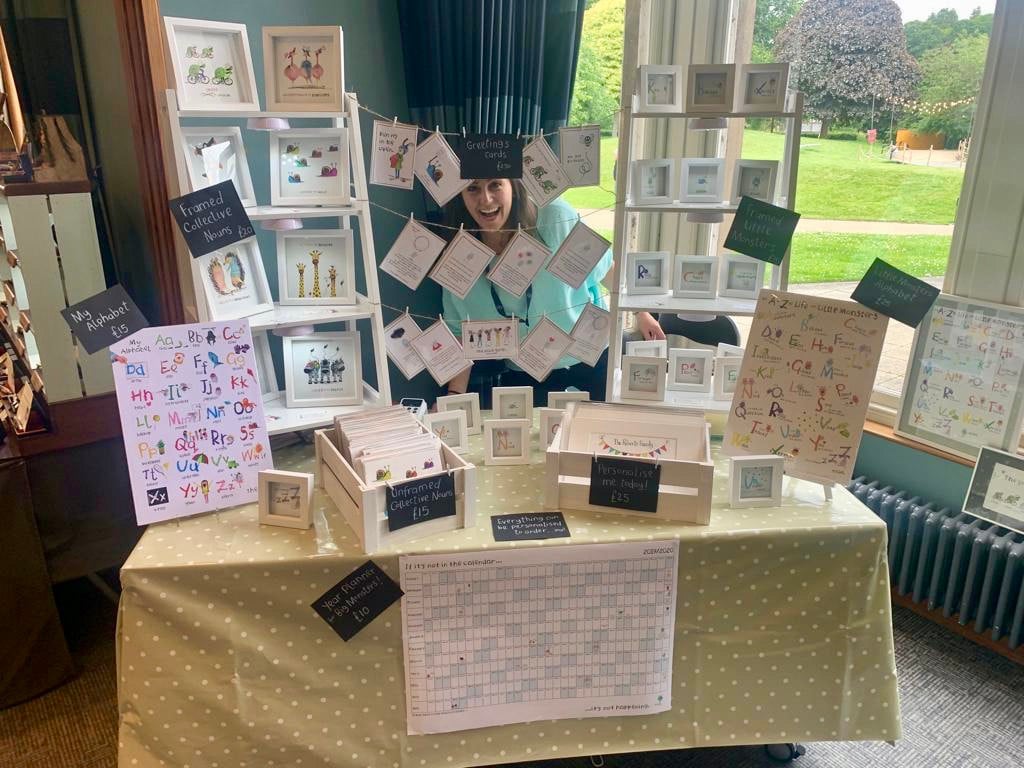 0 items in your cart